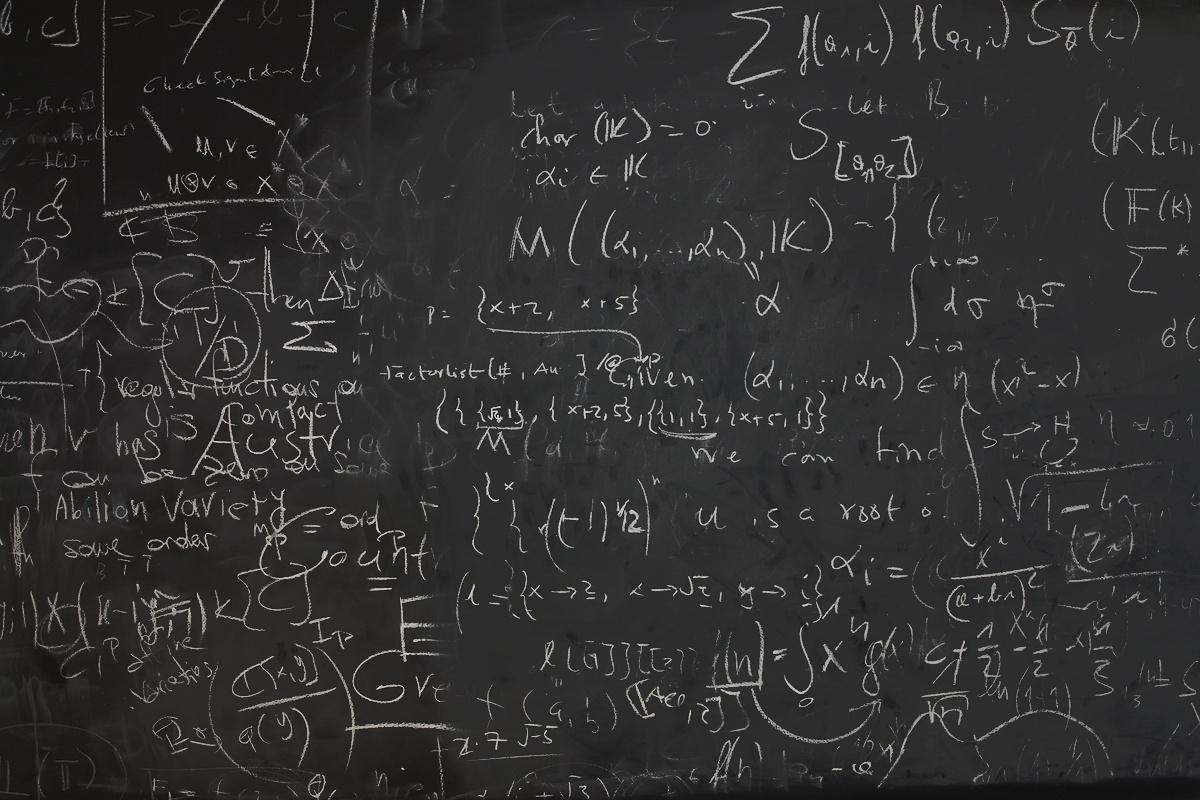 We investigate solving methods for equational and membership constraints, generalization techniques in various theories, and calculi for conditional rule-based transformations. The developed algorithms and procedures are useful for equational reasoning, program analysis, and declarative programming. Our research interests also include rewriting-based deduction, models of computation, and computer security.

Rewriting has been playing an important role in symbolic computation and automated deduction. We are interested in fundamental algorithmic problems for rewriting-based techniques as well as in applications of rewriting-related frameworks in programming and reasoning.

Unification and matching are fundamental computational techniques for automated reasoning, term rewriting, and declarative programming. Essentially, they can be seen as methods for solving equations between terms. The difficulty of an unification problem depends on many parameters, e.g., the background equational theory, the order of the language, the presence of sorts, the representation of objects, etc. We have been investigating this problem under various combinations of those parameters, developing solving procedures, proving their properties, providing prototype implementations, identifying well-behaved special cases, and studying practical applications. Some of those algorithms have been included in the mathematical assistant system Theorema and in the rule-based programming tool PρLog. See also the Web page of the SToUT project.

Anti-unification is yet another fundamental technique originating from inductive reasoning. Its goal is to find an object which generalizes the given objects: retaining similarities between them as much as possible, and abstracting over the differences by variables. Unification and anti-unification are considered as dual methods in the following sense: solutions of an unification problem give most general common instance of the given expressions, while anti-unification computes their least general common generalization. We are interested in designing new anti-unification algorithms for various first- and higher-order theories, proving their properties, investigating complexity, providing implementations, and applying them in software code clone detection, program synthesis, and natural language processing. We have been developing an open-source online library of unification and anti-unification algorithms. See also the Web page of the GALA project.

We have contributed in the development of a calculus for conditional sequence transformations by strategies, called ρLog, which forms the theoretical basis of the rule-based programming tool PρLog. It deals with term sequences (also called hedges), transforming them by conditional rules. Transformations are nondeterministic and may yield several results. Strategies provide a control on rule applications in a declarative way. The transformation rules are combined with logic programming. See more details on the PρLog Web page.

Our other interests include equational reasoning, pattern calculi, and runtime verification. See the publication list below for relevant references. 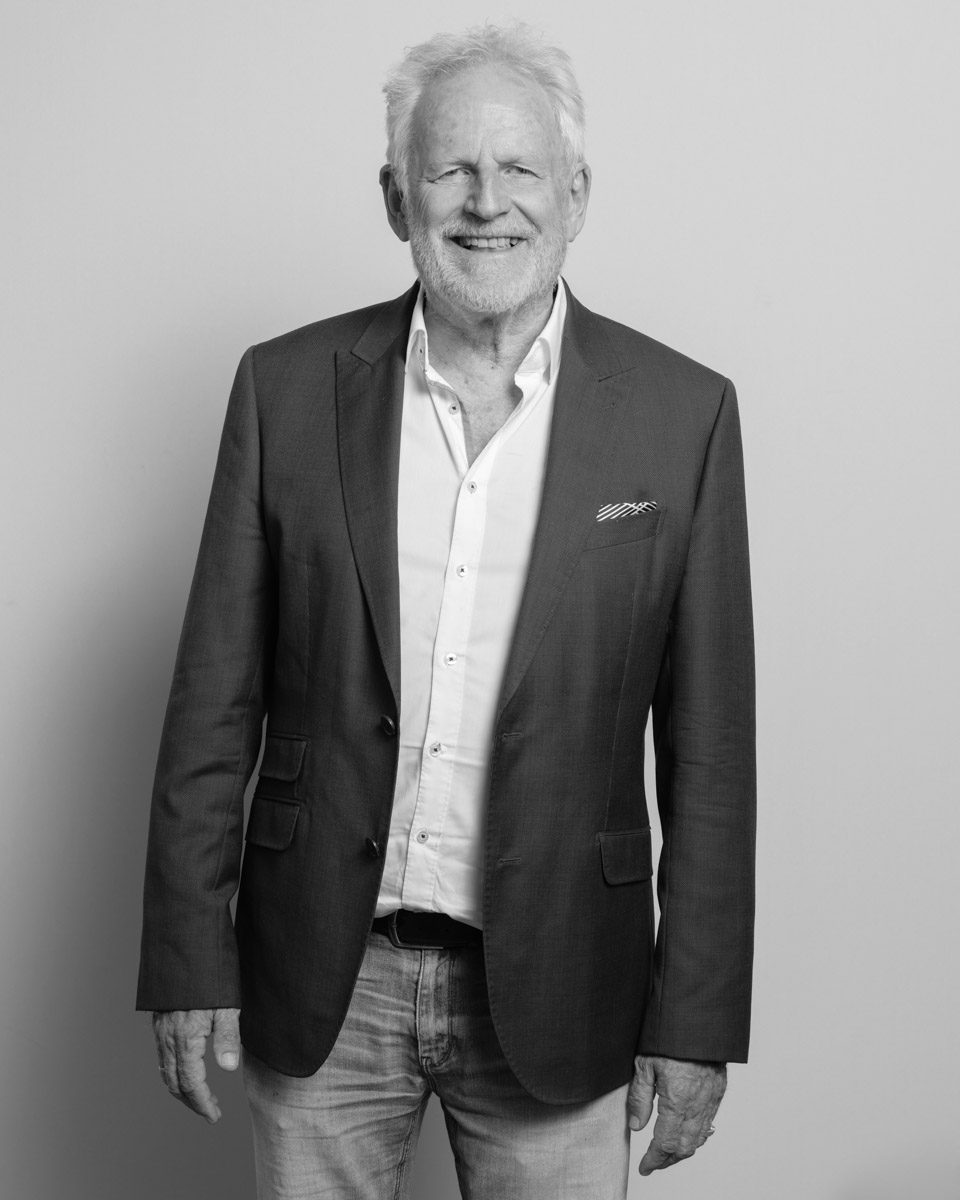 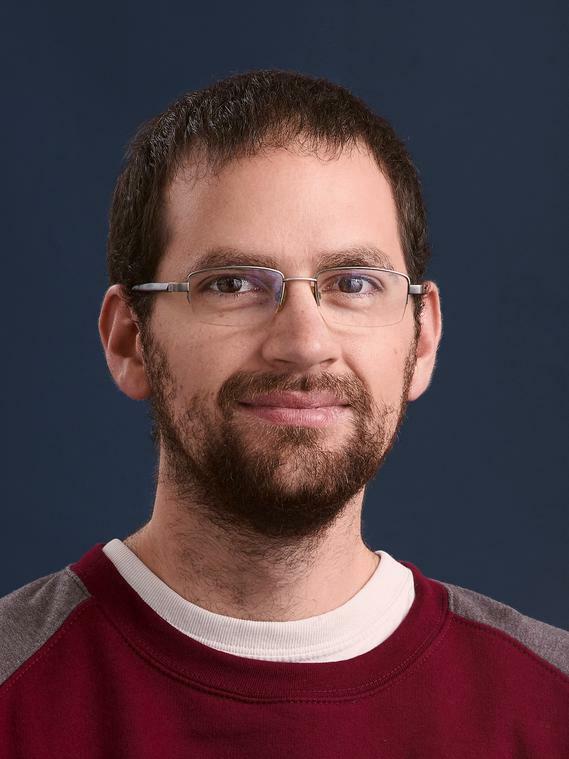 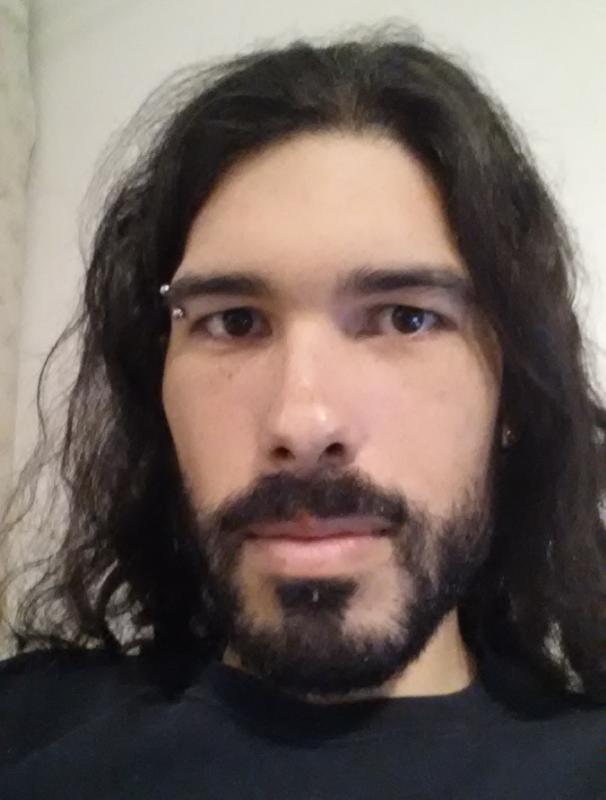 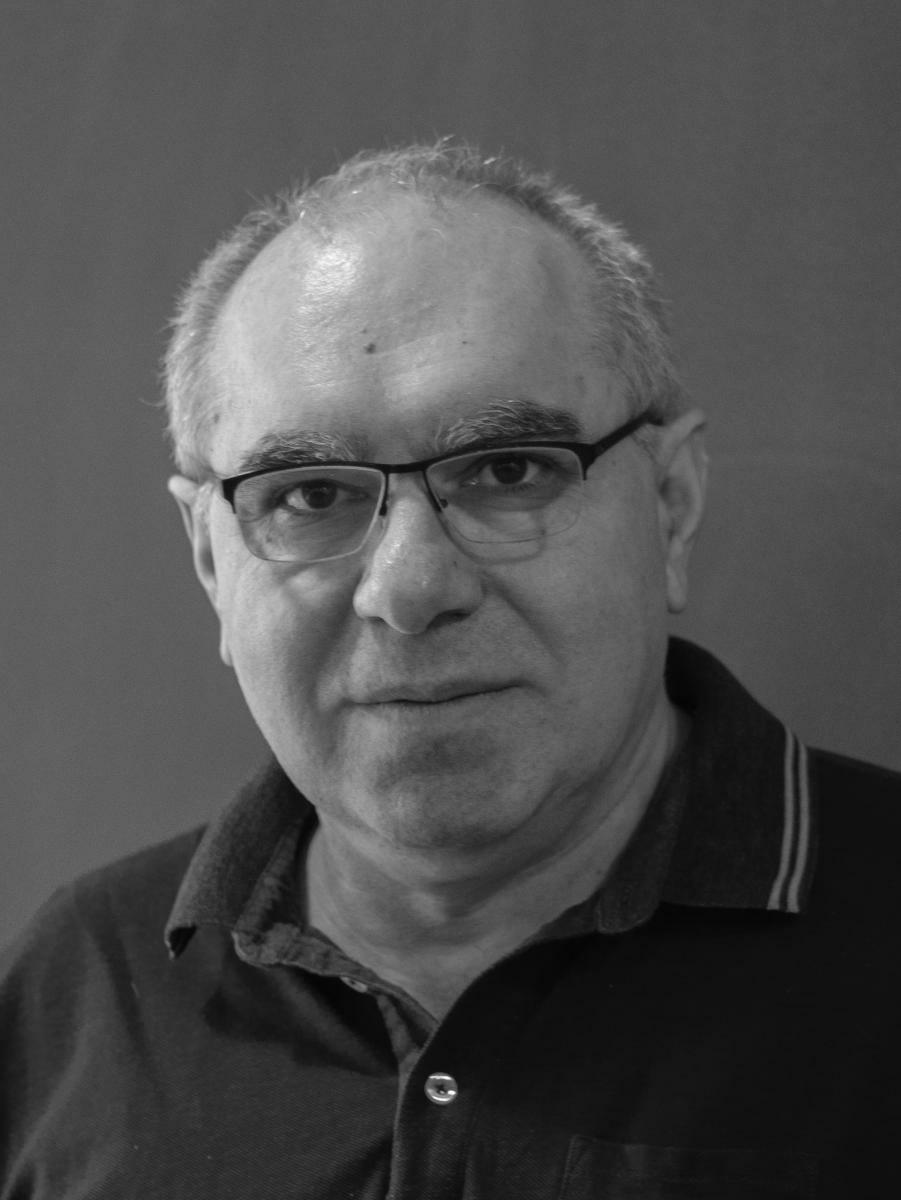 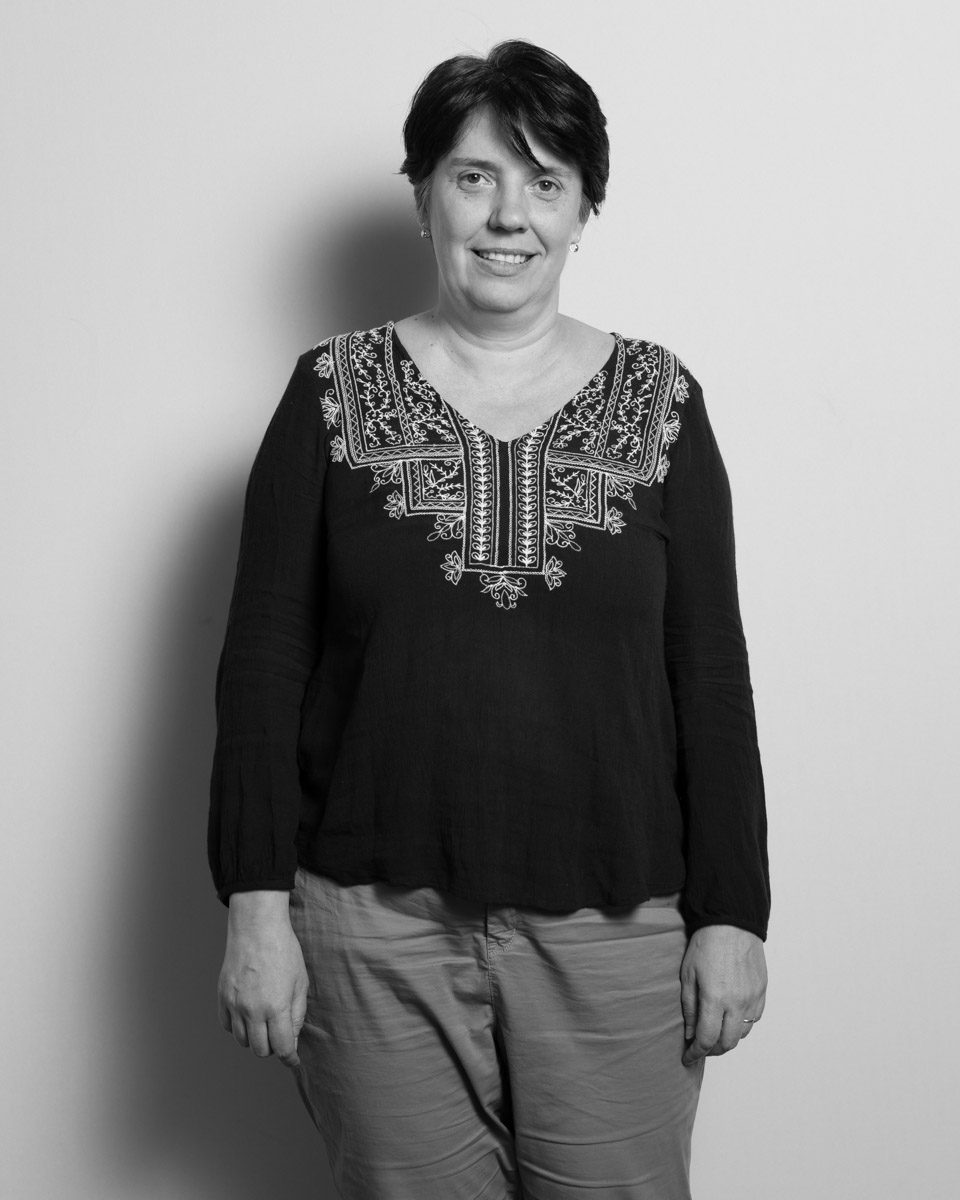 PρLog (pronounced Pē-rō-log) is an experimental tool that extends logic programming with strategic conditional transformation rules, combining Prolog with ρLog calculus. It deals with term sequences (also called hedges), transforming them by conditional rules. Transformations are nondeterministic and may yield ...

A framework for approximate generalization in quantitative theories

Technical report no. 22-04 in RISC Report Series, Research Institute for Symbolic Computation (RISC), Johannes Kepler University Linz, Austria. ISSN 2791-4267 (online). May 2022. Licensed under CC BY 4.0 International. [doi] [pdf]
[bib]
@techreport{RISC6505,
author = {Temur Kutsia and Cleo Pau},
title = {{A framework for approximate generalization in quantitative theories}},
language = {english},
abstract = {Anti-unification aims at computing generalizations for given terms, retaining their common structure and abstracting differences by variables. We study quantitative anti-unification where the notion of the common structure is relaxed into "proximal'' up to the given degree with respect to the given fuzzy proximity relation. Proximal symbols may have different names and arities. We develop a generic set of rules for computing minimal complete sets of approximate generalizations and study their properties. Depending on the characterizations of proximities between symbols and the desired forms of solutions, these rules give rise to different versions of concrete algorithms.},
number = {22-04},
year = {2022},
month = {May},
keywords = {Generalization, anti-unification, quantiative theories, fuzzy proximity relations},
length = {22},
license = {CC BY 4.0 International},
type = {RISC Report Series},
institution = {Research Institute for Symbolic Computation (RISC), Johannes Kepler University Linz},
address = {Altenberger Straße 69, 4040 Linz, Austria},
issn = {2791-4267 (online)}
}
[Pau]

A Framework for Approximate Generalization in Quantitative Theories

CAS ICS / RISC. Technical report, 2021. [pdf]
[bib]
@techreport{RISC6349,
author = {David M. Cerna},
title = {{A Special Case of Schematic Syntactic Unification}},
language = {english},
abstract = {We present a unification problem based on first-order syntactic unification which ask whether every problemin a schematically-defined sequence of unification problems isunifiable, so called loop unification. Alternatively, our problemmay be formulated as a recursive procedure calling first-ordersyntactic unification on certain bindings occurring in the solvedform resulting from unification. Loop unification is closely relatedto Narrowing as the schematic constructions can be seen as arewrite rule applied during unification, and primal grammars, aswe deal with recursive term constructions. However, loop unifi-cation relaxes the restrictions put on variables as fresh as wellas used extra variables may be introduced by rewriting. In thiswork we consider an important special case, so called semiloopunification. We provide a sufficient condition for unifiability of theentire sequence based on the structure of a sufficiently long initialsegment. It remains an open question whether this conditionis also necessary for semiloop unification and how it may beextended to loop unification.},
year = {2021},
institution = {CAS ICS / RISC},
length = {8}
}
[Dramnesc]

In: Theoretical Aspects of Computing - ICTAC 2021, A. Cerone, P. Csaba Ölveczky (ed.), Proceedings of 18th International Colloquium on Theoretical Aspects of Computing - ICTAC, Nur-Sultan, Kazakhstan, LNCS 12819, pp. 314-333. September 2021. Springer, 978-3-030-85315-0. [pdf]
[bib]
@inproceedings{RISC6478,
author = {I. Dramnesc and T. Jebelean},
title = {{AlCons: Deductive Synthesis of Sorting Algorithms in Theorema}},
booktitle = {{Theoretical Aspects of Computing - ICTAC 2021}},
language = {english},
abstract = {We describe the principles and the implementation of AlCons (em Algorithm Constructor), a system for the automatic proof--based synthesis of sorting algorithms on lists and on binary trees, in the frame of the Theorema system. The core of the system is a dedicated prover based on specific inference rules and strategies for constructive proofs over the domains of lists and of binary trees, aimed at the automatic synthesis of sorting algorithms and their auxiliary functions from logical specifications. The specific distinctive feature of our approach is the use of multisets for expressing the fact that two lists (trees) have the same elements. This allows a more natural expression of the properties related to sorting, compared to the classical approach using the permutation relation (a list is a permutation of another). Moreover, the use of multisets leads to special inference rules and strategies which make the proofs more efficient, as for instance: expand/compress multiset terms and solve meta-variables using multiset equalities. Additionally we use a Noetherian induction strategy based on the relation induced by the strict inclusion of multisets, which facilitates the synthesis of arbitrary recursion structures, without having to indicate the recursion schemes in advance. The necessary auxiliary algorithms (like, e.g., for insertion and merging) are generated by the same principles from the synthesis conjectures that are automatically produced during the main proof, using a ``cascading" method, which in fact contributes to the automation of theory exploration. The prover is implemented in the frame of the Theorema system and works in natural style, while the generated algorithms can be immediately tested in the same system.},
series = {LNCS},
volume = {12819},
pages = {314--333},
publisher = {Springer},
isbn_issn = {978-3-030-85315-0},
year = {2021},
month = {September },
editor = {A. Cerone and P. Csaba Ölveczky},
refereed = {yes},
length = {20},
conferencename = {18th International Colloquium on Theoretical Aspects of Computing - ICTAC, Nur-Sultan, Kazakhstan}
}
[Dundua]

Anti-unification and the Theory of Semirings

Journal of Automated Reasoning, pp. -. 2020. 1573-0670. [doi]
[bib]
@article{RISC6235,
author = {David Cerna and Alexander Leitsch and Anela Lolic},
title = {{Schematic Refutations of Formula Schemata}},
language = {english},
abstract = {Proof schemata are infinite sequences of proofs which are defined inductively. In this paper we present a general framework for schemata of terms, formulas and unifiers and define a resolution calculus for schemata of quantifier-free formulas. The new calculus generalizes and improves former approaches to schematic deduction. As an application of the method we present a schematic refutation formalizing a proof of a weak form of the pigeon hole principle.},
journal = {Journal of Automated Reasoning},
pages = {--},
isbn_issn = {1573-0670},
year = {2020},
refereed = {yes},
length = {47},
url = {https://doi.org/10.1007/s10817-020-09583-8}
}
[Cerna]

A Mobile Application for Self-Guided Study of Formal Reasoning

In: Proceedings 8th International Workshop on Theorem Proving Components for Educational Software, ThEdu@CADE 2019, Natal, Brazil, 25th August 2019, Pedro Quaresma and Walther Neuper and Jo{ {a}}o Marcos (ed.), EPTCS 313, pp. 35-53. 2020. 2075-2180. [doi]
[bib]
@inproceedings{RISC6236,
author = {David M. Cerna and Rafael P. D. Kiesel and Alexandra Dzhiganskaya},
title = {{A Mobile Application for Self-Guided Study of Formal Reasoning}},
booktitle = {{Proceedings 8th International Workshop on Theorem Proving Components for Educational Software, ThEdu@CADE 2019, Natal, Brazil, 25th August 2019}},
language = {english},
abstract = {In this work, we introduce AXolotl, a self-study aid designed to guide students through the basics of formal reasoning and term manipulation. Unlike most of the existing study aids for formal reasoning, AXolotl is an Android-based application with a simple touch-based interface. Part of the design goal was to minimize the possibility of user errors which distract from the learning process. Such as typos or inconsistent application of the provided rules. The system includes a zoomable proof viewer which displays the progress made so far and allows for storage of the completed proofs as a JPEG or LaTeX file. The software is available on the google play store and comes with a small library of problems. Additional problems may be opened in AXolotl using a simple input language. Currently, AXolotl supports problems that can be solved using rules which transform a single expression into a set of expressions. This covers educational scenarios found in our first-semester introduction to logic course and helps bridge the gap between propositional and first-order reasoning. Future developments will include rewrite rules which take a set of expressions and return a set of expressions, as well as a quantified first-order extension.},
series = {EPTCS},
volume = {313},
pages = {35--53},
isbn_issn = {2075-2180},
year = {2020},
editor = {Pedro Quaresma and Walther Neuper and Jo{~{a}}o Marcos},
refereed = {yes},
length = {19},
url = {https://doi.org/10.4204/EPTCS.313.3}
}